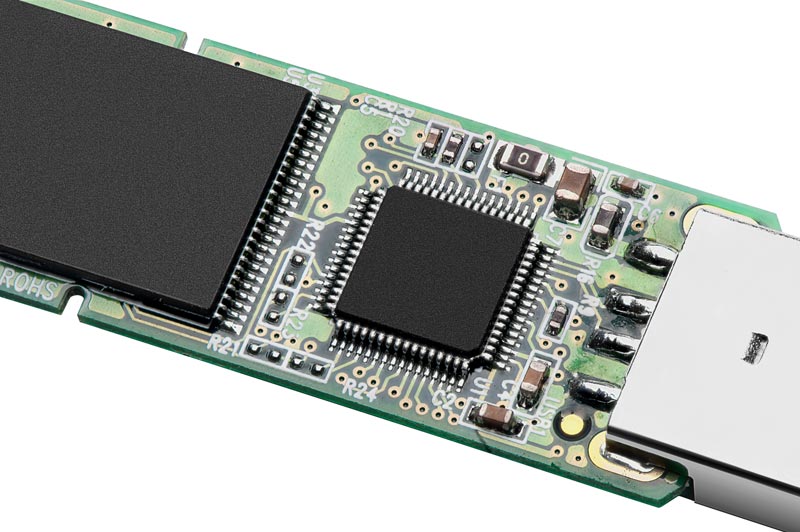 Since the fall of 2016 the NAND Flash and DRAM memory industry saw increases in supply commodities rise over 40% thus raising prices across the board for computer peripherals, portable devices, computer, laptops, and USB flash drives, both retail and promotional.  This was due, mainly to a massive crossover in the manufacturing process of NAND Flash memory as a brand new architecture (3D NAND) was introduced, causing factories to shut down nearly half of all production, as they made room for the new equipment.  What was supposed to be a small adjustment period of 2-3 months turned into a 2 year battle.

Early adoption of the new technology was a difficult road to hoe. In late 2014, when 3D NAND architecture was first introduced, major companies such as Intel, Micron, Samsung and Toshiba had announced that this new technology would allow manufacturing of an MLC-like memory chip which could cary as many as 96 layers vertically within the same horizontal (X,Y) space. Companies boasted that this new technology could potentially offer memory sizes to multiply upwards of 10x current limits on a single chip, and perform read/write tasks at over triple (3x) the speed.

It took until late 2016 for factories to ramp up their technology to begin the most basic manufacturing of this new transformative technology, which was sure to enhance the USB Flash market, even at entry-level production which was set to use a 48-layer 3D NAND product (Toshiba / Sandisk), but many problems and complications caused an alter-effect with would see prices rise significantly, while supply ran short world-wide.  It seems companies were more focussed on developing further towards the 96 layer goal, with the first 64-layer 3D NAND flash chips being produced in 2017.

The race to techno-supremacy is often littered with entire industries serving as cannon fodder. As these companies competed for the fastest and largest laptop sized SSD hard drives, service to the USB flash drive market suffered.  Add to that a silicon wafer shortage which came up only a few short months later, this spelled certain disaster. It’s been a long and arduous road…

Fast forward to 2018. 3D NAND flash is now widely used in many multi-layer configurations, account for over 60% of all bit layer production, and most recently Toshiba Memory, alongside of Western Digital have opened an entirely new 3D NAND Flash fabrication plant in China. Prices have been slowly (very slowly), but steadily coming down, the supply chain seems much healthier, and forecasts are good into the first 2 quarters of next year (2019) that prices will continue to remain within this or better ranges.

So basically, if you buy USB drives, whether it be for digital media presentation, or for promotional purposes (or both!), now is a much better time to buy than months ago, and the horizon looks healthy. Get your quotes updated today and see.